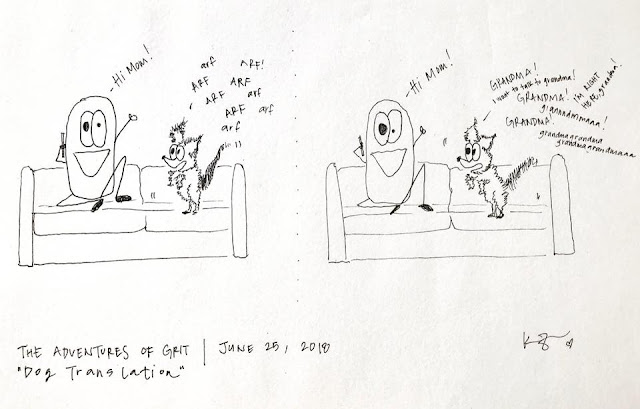 My dog always barks when I'm on the phone with my mom. I'm pretty sure it's just because he wants to talk to her too. He used to live with her before I took him, and they would go on adventures to McDonalds together to get hamburgers. 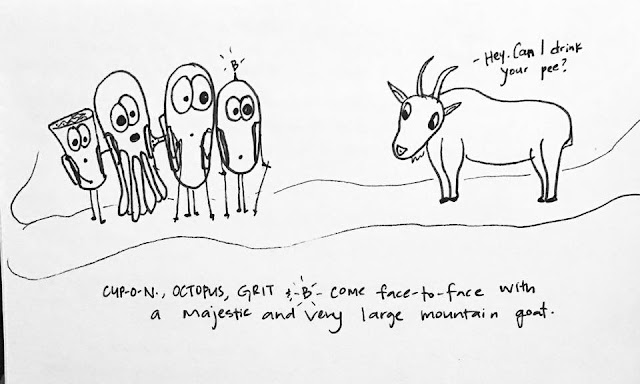 Our first backpacking trip into The Enchantments was unforgettable. We didn't see a single mountain goat until we were trying to leave. He was huge. 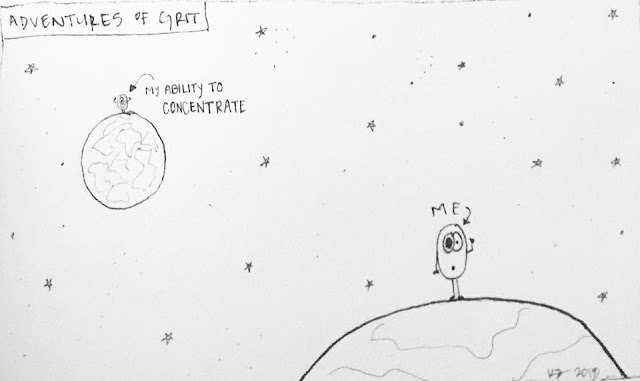 Ah. Grad school. My days of studying, writing, and reading for 10-12+ hours a day are over. But I had those days where I just couldn't cram anything else into my brain. My ability to concentrate left me and went to another planet. 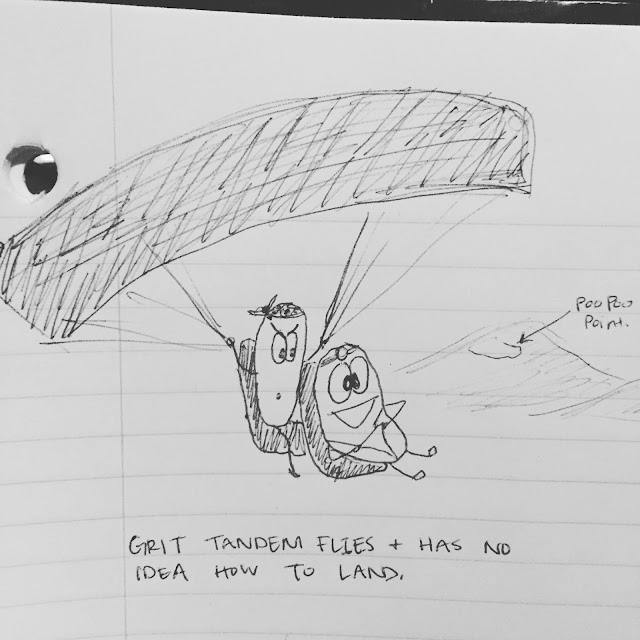 This is a funny story. Well, I think it's funny. No one else thought it was funny. I used to solo hike a lot. At one point I was hiking 3-4 times a week because I worked 3 long days and had 4 days off. So, I just hiked all the time. One day I was hiking on Tiger Mountain and was almost at the top of the mountain when I get stung in the knee by a wasp. Right under my knee cap. Oh man allliiiiveee did it hurt.  I screamed, but I was all alone. I couldn't bend my knee at first, and didn't have any way to communicate with anyone. I had also never been stung before, so I was just hoping I wasn't allergic. I immediately went to the worst case scenario and thought I was doomed. I made myself try to walk and in another quarter of a mile I made it to the paraglider's launch point. As I was questioning my life decisions and how in the world I was going to hike back down the mountain with my knee hurting, an older man approached me. He was a paragliding instructor, and his student hadn't shown up. He asked if I "wanted a ride down". I looked at him at first like he was crazy, and then I thought, why not? I emptied the water from my pack to reduce weight, put on a pair of borrowed paints, got suited up, and we torpedoed off the mountain together.

Problem was, I had never done this sort of thing before. Paragliding, that is. Oh, and I guess putting my life into someone else's hands without question. He asked if I liked rollercoasters and I said yes, and he did same crazy stuff and I started getting motion sick. Right before we were about to land, he told me to stick my feet out and as soon as they hit the ground, to start running.

Yeah, that didn't happen. I stuck my feet out, but my knee was busted, and I just face planted, and then he landed on top of me. I had no idea what I was doing. But we made it down safely and I only had another mile or so to walk on flat surface before I could get back to my car. 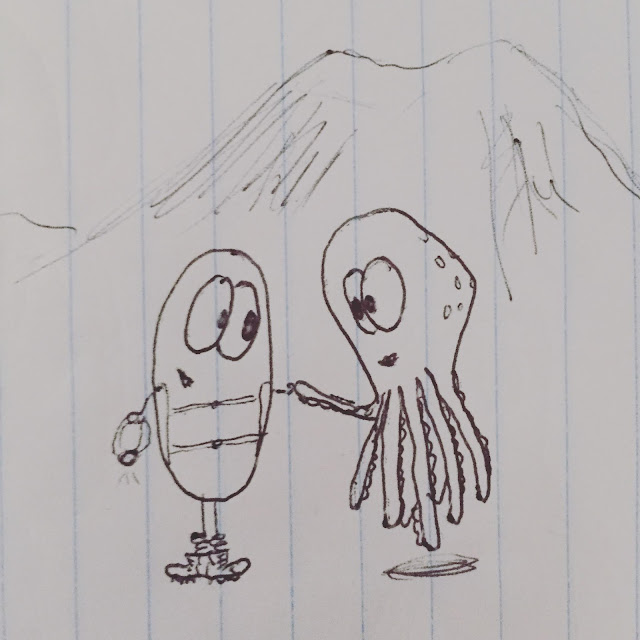 I asked my husband how I could portray him in my cartoons and somehow we decided that he would be an Octopus. 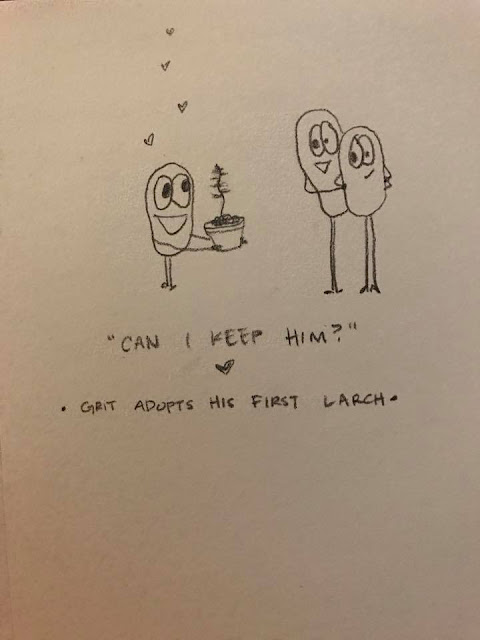 Don't actually adopt a larch. Let them be wild. 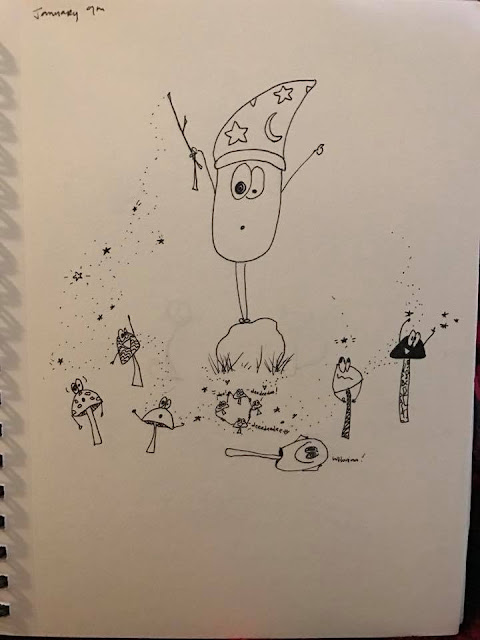 We are mushroom foragers and I'm really into Fantasia and the Sorceror's Apprentice. 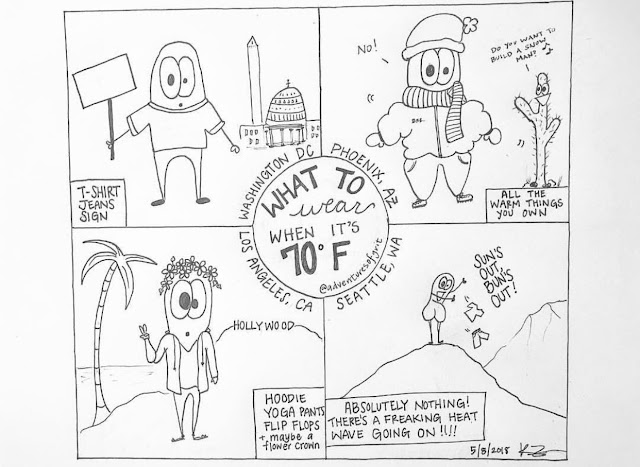 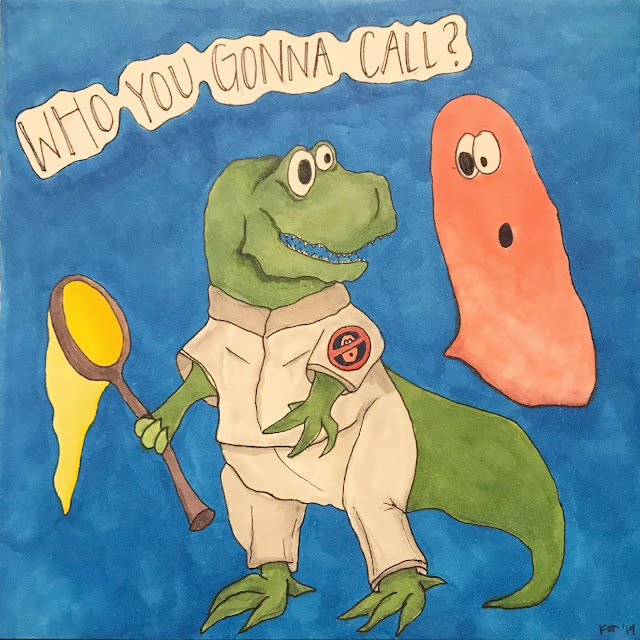 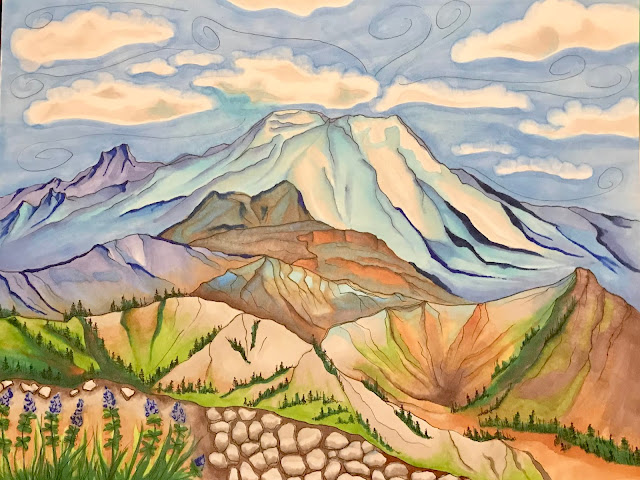